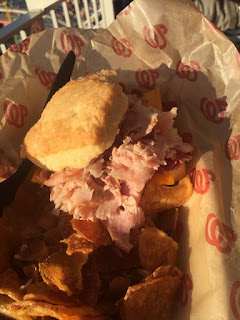 Mik tried out the Virginia Ham Biscuit from the Virginia Country Kitchen concession stand this game. He didn't really like the ham because it was too sweet for his liking. He thought the biscuit was okay. The chips were his favorite part and actually very good in his opinion. 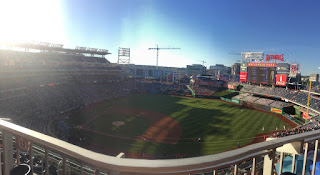 Mik thought the view from section 320 was great because you could see the whole field easily. However, he did not like that it was in the sun until about an hour into the game. Next time he wants to get seats on the 300 level on the third base side.
Posted by wildcat1001 at 12:34 PM No comments: