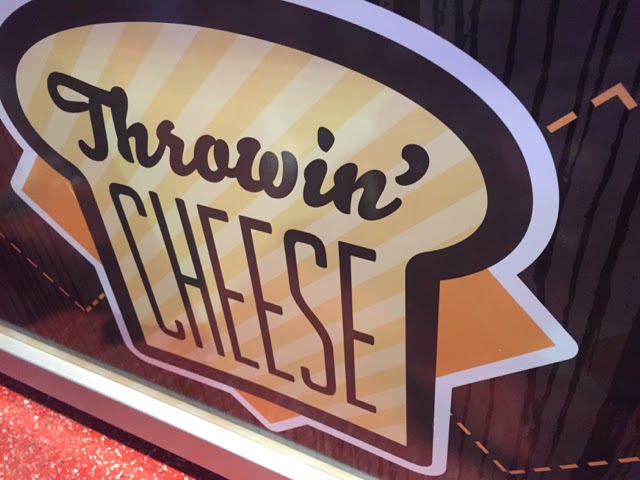 Mik was excited to try out the new Thrown' Cheese place at Nationals Park. He did almost give up on trying it after seeing it was the only place with a line and the line didn't really seem to move when we got in it. However, we still had at least an hour to waste before even the pregame stuff started and it was certainly better wasting time in line for food than trying to go to the Team Store on Opening Day.

The line actually wasn't that long when we got in it (probably about 10 people in front of us), but it did take at least 15 minutes to get to the front and then after ordering and paying we still had to wait at least another 10 to 15 minutes to get Mik's sandwich. They definitely aren't that efficient, yet, but they did pretty good considering it was a new venue and Opening Day. Also, it was still better than what I remember all the concessions were like on the park's first exhibition game and Opening Day in 2008. 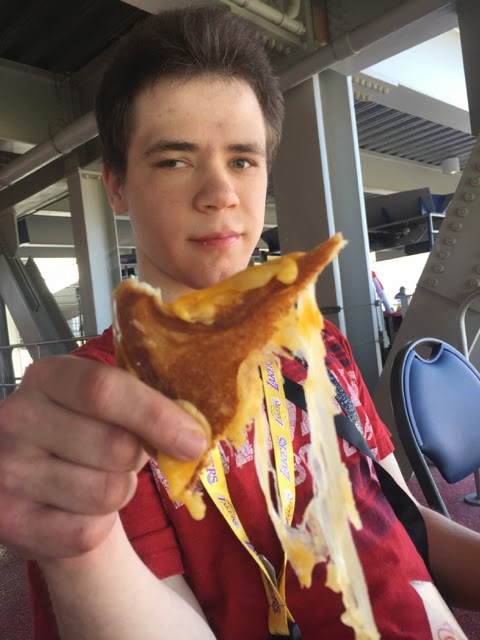 Mik ordered the Triple Play, which is a grilled cheese made with three different cheeses. He really enjoyed it and the chips that came with it. 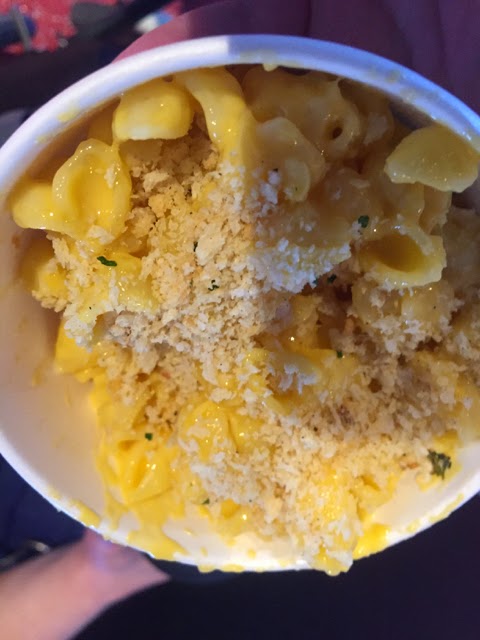 He also tried the mac and cheese that I ordered, which we finished while waiting for his food. He thought it was a little too salty. Also, it wasn't hot or really even warm and it's not like we waited to eat until we got to our seats. 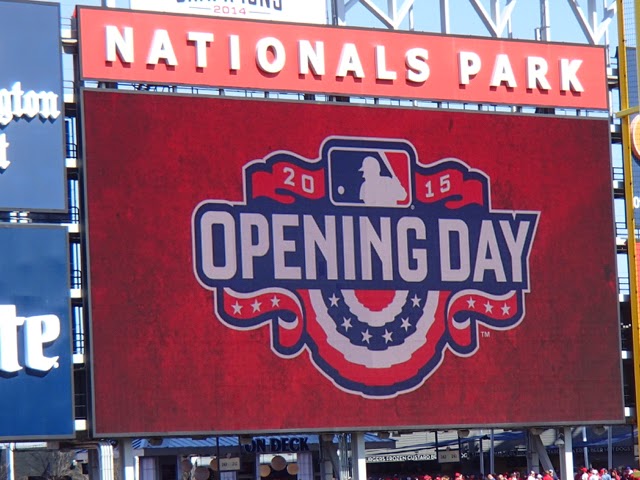 Finally planned ahead enough to get tickets on the other side of the park, although still didn't manage to be able to get Gallery Level despite trying during presale (couldn't get anything) and as soon as all Opening Day tickets went on sale. It was a toss up on whether it was the way to go as Opening Day can sometimes be on the cooler side and being on the sunny side of the park in our usual choice in Right Field Terrace can be good. However, it ended up being very nice Opening Day weather in the 70s and being on the shady side worked out good. 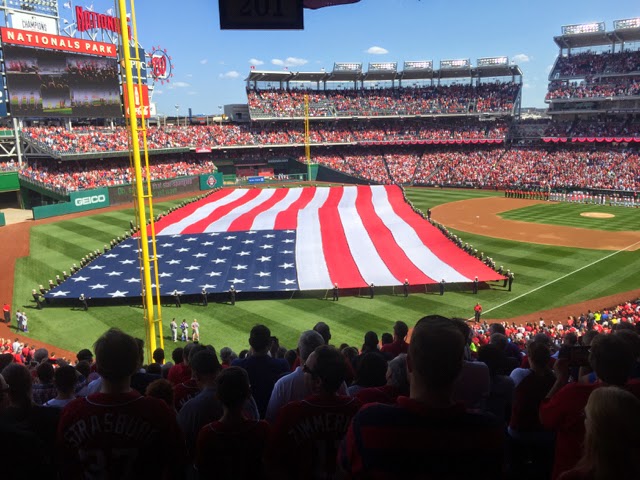 Mik has now declared this section as his favorite as you can see the whole field (part of right field is obstructed from Right Field Terrace) and you can also see the scoreboard easier. Still noisier speaker wise than Right Field Terrace, but not bad like when we sat on the Field Level concourse for Opening Day last year. 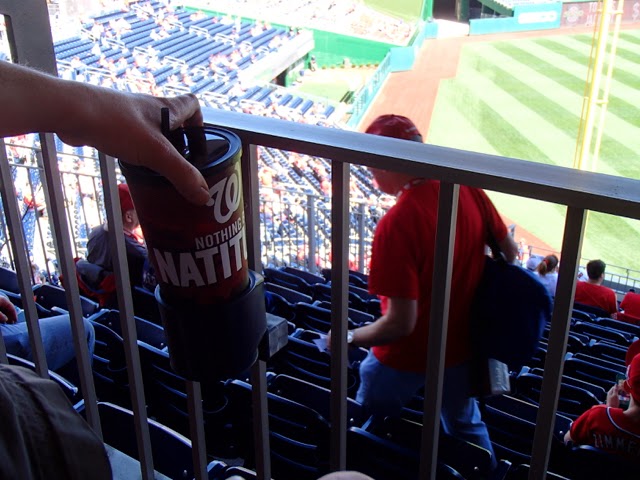 The cup holders were even more convenient for him in this section as they are at about his knee level rather than being almost on the ground.

The only thing that makes Right Field Terrace still preferable other than it being much cheaper is that no one can crowd around you there as that area has the wheelchair seating separated from the concourse as well as the rest of the section. Section 201 is like most other wheelchair sections in that it is at the top of the section and on the concourse. Not that big of a deal and certainly was not as crowded as Field Level, but it is kind of nice that you don't have to worry much about getting in and out of your spot the way the section is in Right Field Terrace, which is one of the reasons Mik is glad he didn't decide on his powerchair for this game (mainly was about the crowds on the Metro, though).
Posted by wildcat1001 at 3:23 AM No comments: