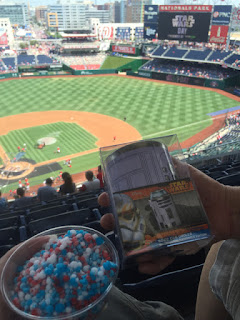 Mik had been wanting the R2D2 can cooler since he saw about the promotion, but neither of us wanted to do a Sunday afternoon game in the summer. Dad and I did end up going, though, but I didn't even realize it was the Star Wars Day game when he asked if I wanted to go to the game that day because his work was doing group tickets again. With the upper 90s feels like 105 to 110 heat advisory, I seriously thought we'd just get the can coolers and not stay long, but it ended up not being too bad up in the shade in 416. And it wasn't too bad of a game until the top of the 9th. 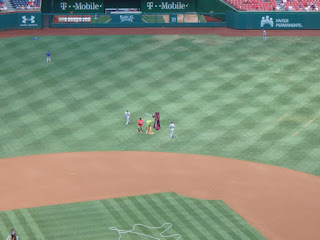 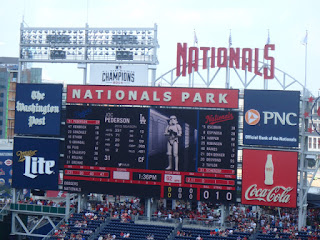 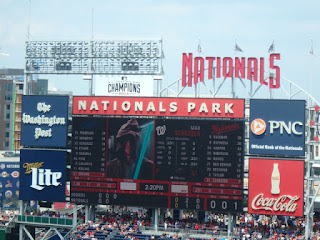 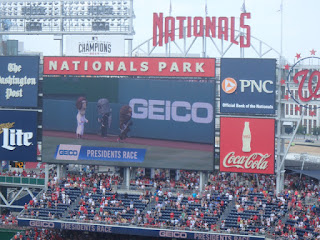