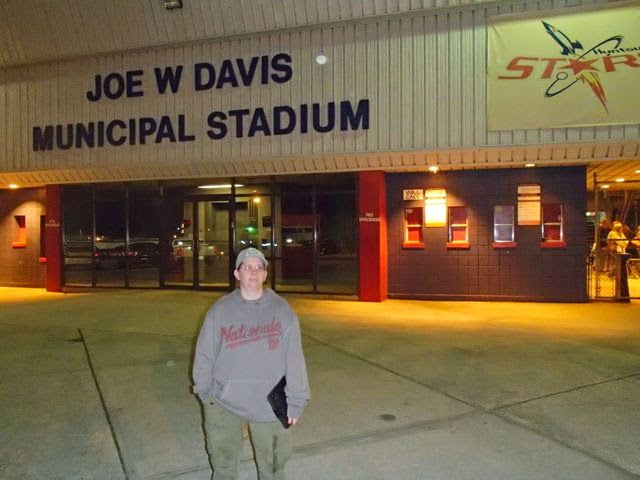 Yesterday Dad and I attended Opening Day for the Huntsville Stars at Joe W. Davis Municipal Stadium.  We had been meaning to go to a game ever since we moved to Huntsville last year, but never got around to it last season.  Now this year is the team's last season here, so we were more seriously planning to get to a game this season.  I had given up on planning in advance a few weeks ago because I could not figure out how to buy tickets (turns out they gave up on selling tickets online because of glitches in previous years and the whole stadium is now general admission other than some season ticket seats).  Yesterday we just decided to go when Dad read about it being Opening Day in the paper. 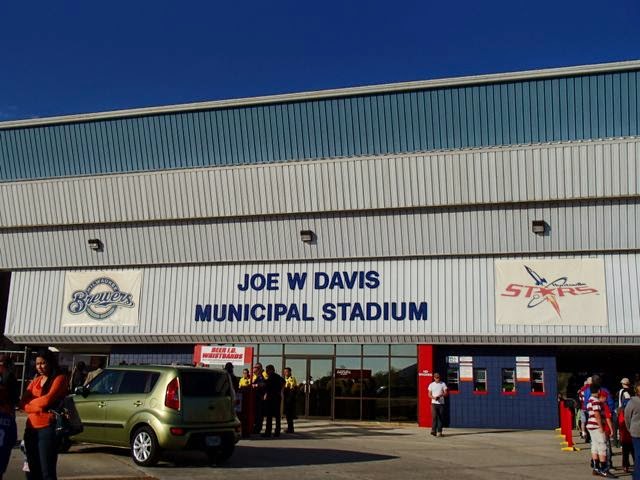 We arrived at the park a little more than an hour before the game and located the ticket office just by guessing the little windows under the stadium name must be it. We then joined the small line to get into the park, which was shortly let in. 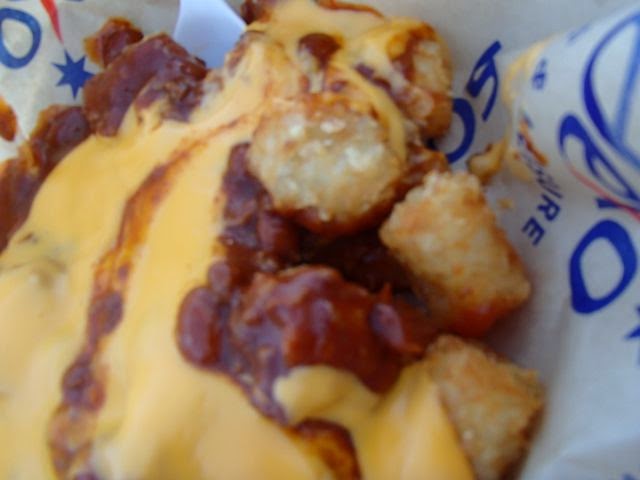 After stopping at the gift shop for a mini bat and souvenir baseball, we walked the small concourse area to scope out the food options.  Pretty much just standard ballpark fare, but they do have tater tots are the stand on the first base side.  I got the regular and Dad got the ones loaded with chili and cheese on top. 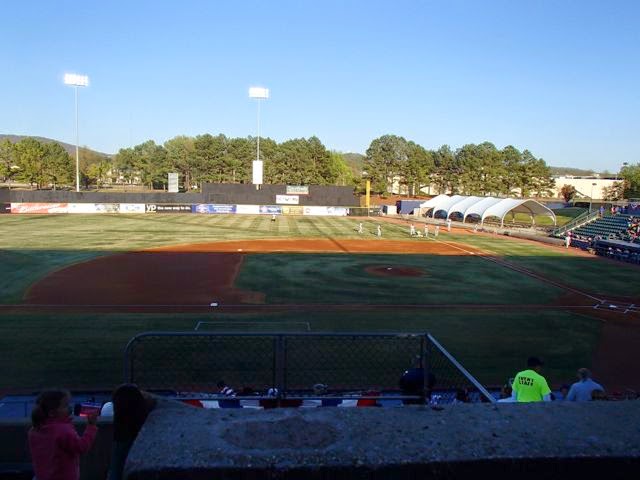 We decided to sit in the upper section about in line with third base.  It ended up being a good view of the whole field as well as the highest row where you could sit in the front row to avoid having someone tall block you. 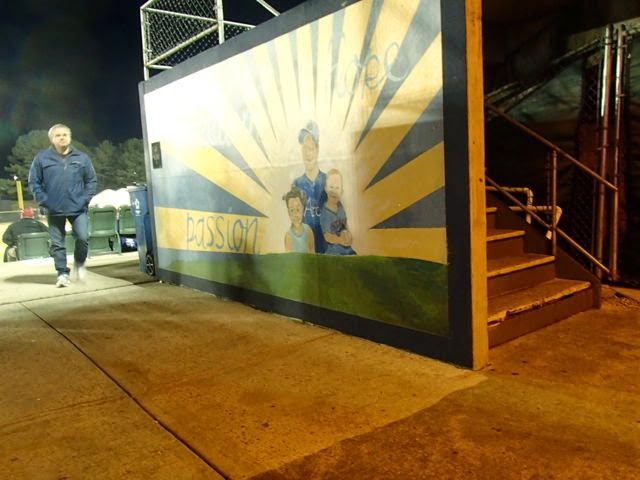 Overall an enjoyable game even though we only stayed until the end of the fifth inning because I did not want to stay out late having a lot to do this week and Dad getting cold.  Mostly a rather plan and boring ballpark, although they have some murals in the hallways between the concourse and the seating sections.