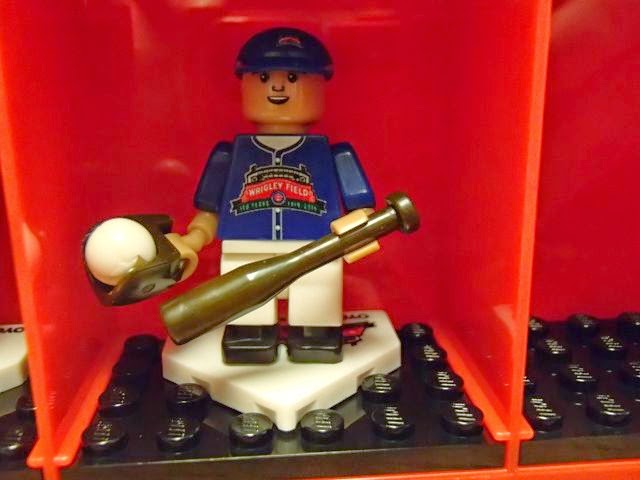 Earlier this month I was browsing the MLB.com shop to see what mini ballplayer Mik might choose when we went to the Wrigley Field 100th Anniversary game and found that they actually had a special 100 Year figure.  We decided to just order it online and not have to worry about finding it at the ballpark since we barely found Screech at the Nats Opening Day due to the crowded Team Store.  Mik and Dad didn't have to deal with a crowded store since we were so early to the game, but they did find out that they were out of stock of the 100 Year figures and they currently are only available online anyways.

The 100 Year Anniversary Figure not only has the logo on the jersey and hat, but it also has it on the home plate base.