For Opening Day 2014 we ended up with tickets in section 141.  I would have preferred to be up a level, but certainly better than when Mom and I had seats one row from the top for the Opening Day six years ago when they opened Nationals Park.  Also, good seats considering we only finally decided to go to Opening Day versus another game while in DC this weekend and this game ended up being a sellout with the second highest Opening Day attendance for this park. 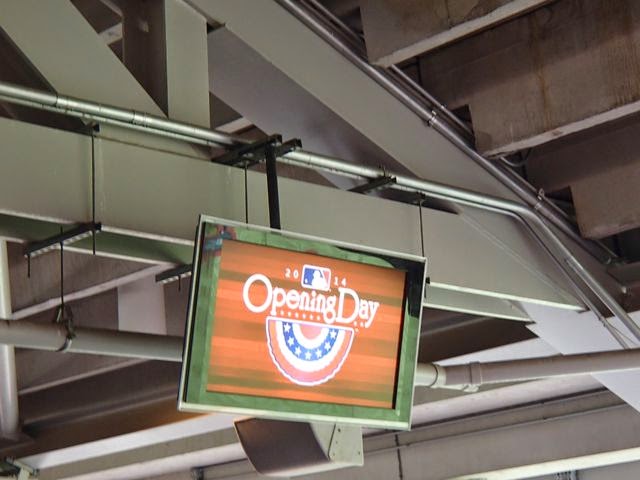 The main downsides to this section are you cannot see the scoreboard because you are under it and you cannot see plays that happen deep in the outfield in front of you.  However, they do have TV screens showing the game, which are nicely placed sideways instead of straight in front of you. Thus, they are not obstructing the view, but are still easy to look over at. 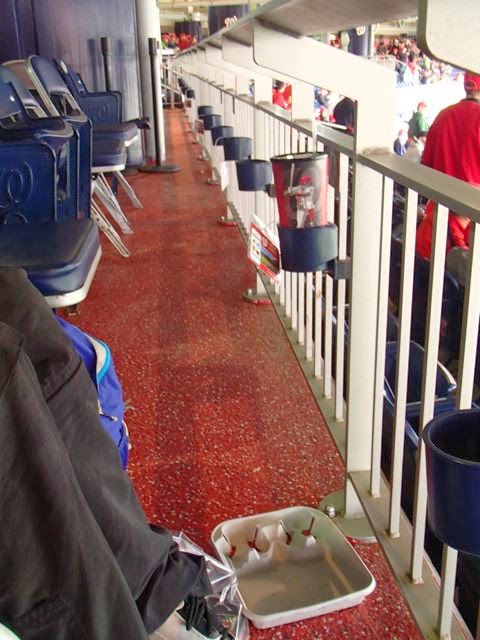 Mik was of course happy with the section because there were cup holders.  The section had a standing view are behind it, but it was nicely separated and you did not feel crowded even though the concourse was very busy and we were on the end of the row. 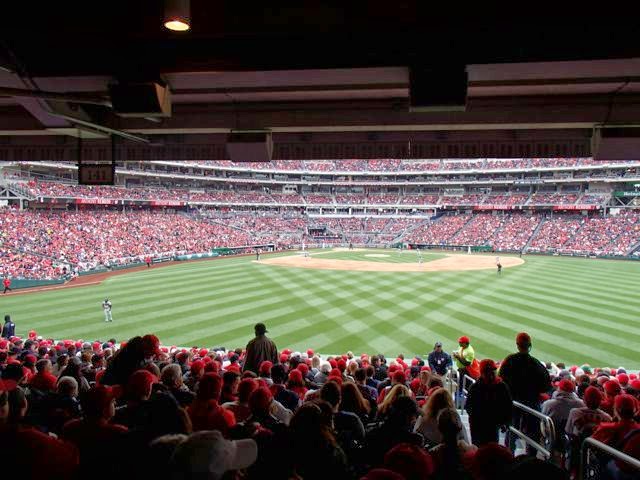 Overall section 141 was good, but I still like the view of the park best from the right field terrace level (sections even numbers between 222 and 236) and in particular 224. Maybe, I'm biased just from having sat there so many times when I had partial season tickets during the park's inaugural season, but I have sat in 236 and in left field mezzanine level (203 I think) and 224 remains my favorite.

Mik also said he preferred the view from 224 at least based on his remembering it from the brief few minutes we sat in 224 before getting to go to the Diamond Club on the ballpark trip.  Also, Mik found the speakers in 141 to be too loud and they really bothered him before the game when they are constantly on. I remember him having that issue a few years back at Chase Field.  Both times those were seats on the main level covered concourse area and I don't think he would have a problem with the open area upper levels like 224 is.